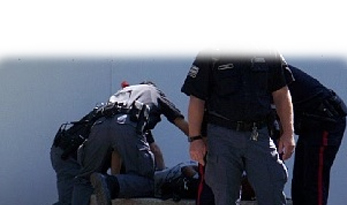 There have been heinous deaths caused by police brutality before followed by righteous protests but any big structural change rarely seems to happen and the ugly pattern happens again and again without progress.

Nobody really talks about a major factor in play here and that’s MONEY. A legal doctrine created by the Supreme Court called ‘qualified immunity’ makes it extremely difficult for victims of police brutality to win civil rights excessive force civil cases and get monetary damages.

So when cops consistently win, municipalities save money and have no financial motive to reform police practices. Moral and societal motives should prevail, but that doesn’t always happen.  Hitting the police departments in the pocketbook when they resist reform often does work to accelerate reform. Changing that “qualified immunity” barrier in a civil rights case (by the Supreme Court or Congress) is a good place to start.

*The following is an initial list of proposed legal reforms regarding police brutality:

*Most of these proposals have been discussed in excellent commentaries by Governor Andrew Cuomo; Seth W. Stoughton, Jeffrey J. Noble and Geoffrey P. Alpert in The Atlantic (6/3/20); Various U.S. Senators as reported by Kristina Peterson and Andrew Duehren in the Wall Street Journal (6/3/20); President Obama’s Task Force on 21st Century Policing; Color of Change and Campaign Zero.